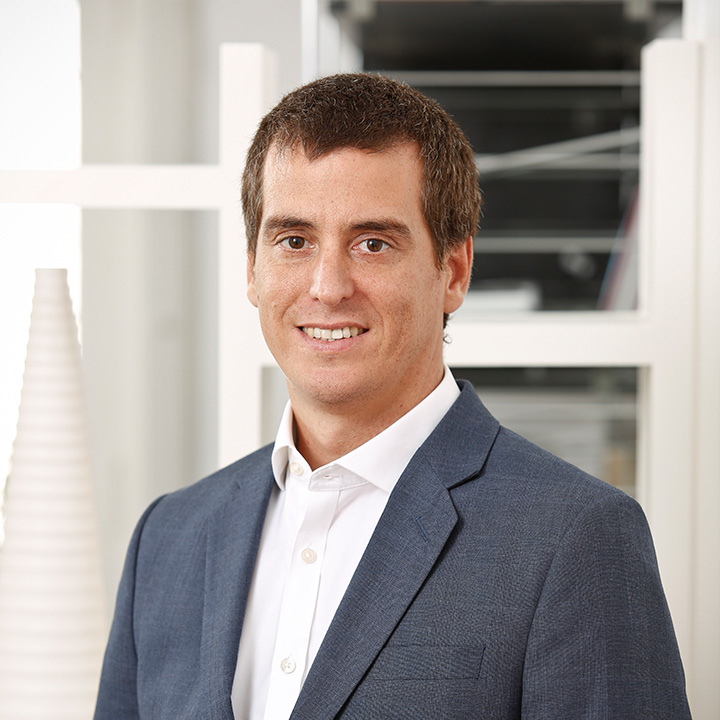 Lucas Clariá is a Licensed Architect, graduated from the Universidad de Buenos Aires (UBA) and earned a certificate in Real Estate Development at the New York University.

He is the first LEED AP in Argentina, and co-founder of the Argentina Green Building Council (AGBC).

He has more than 20 years of experience in the fields of Real Estate, Project & Construction Management.

From 1997 to 2000 he worked as a design architect for the architectural firm Bischof-Egoscue-Vidal where he participated in architectural design tenders for the city of Buenos Aires, Mendoza, Chubut, Córdoba, Río Negro and La Pampa (1st prize award).

From 2000 to 2001 he worked as a consultant for the Environmental Secretary of the City of Buenos Aires.

Between 2007 and 2012 he worked as Business Development Manager for Lendlease Latin America at their headquarters based in Buenos Aires, Argentina.

In 2013 he relocated to New York to take on the role of Regional Sustainability Director for Lendlease Americas, Development & Construction Business Units. In 2016 he returned to Buenos Aires to join Sposito & Asociados as Managing Director.

Throughout his career he has participated in more than 200 projects in Latin America and the US, in different roles and capacities.